Let’s pretend that we’re researchers looking to develop new therapeutics to target an inflammatory lung disease and we have a cohort of six individuals (3 healthy, and 3 disease.) We have the option of running a single-cell RNA seq analysis or bulk RNA-Seq (bulk RNA-Seq is also sometimes to referred to as simply RNA-Seq.)

From the outside, bulk RNA-Seq seems to be a completely reasonable option to carry out this task. However, we have decided to go with single-cell.. this begs the question, why?

Just to give us all a refresher on bulk RNA-Seq, it’s a next-generation sequencing technology that gives average expression across all cells within a tissue. This, however, confounds any variability within cell-types, so we can think of bulk RNA-Seq as giving us a “high-level” picture of the transcriptional landscape. The one plus side of going with bulk RNA-seq would be lower costs (even with falling prices of single-cell technologies, however, bulk RNA-seq is still the cheaper option.)

All Cells Are Not Created Equal

Going back to our experiment of trying to develop new therapeutics to target an inflammatory lung disease, we need to think about this on the molecular level. Lung tissue is comprised of multiple cell-types (over 40!) Bulk RNA-Seq doesn’t tell us which cells are the primary drivers of inflammatory gene expression. Thus, the benefit of us going with single-cell would be the fact that identifying cell-specific expression could lead to a more targeted therapeutic.

(As a side note.. there’s a method called Pseudobulk, which could still help us answer the
fundamental question of disease/non-disease and emulate a bulk RNA-seq using single-cell. However, this will touched on a future article.)

Some More Questions scRNA-Seq Can Answer

There are even more questions that single-cell sequencing can help us answer! This includes:

The process of taking tissue of choice all the way to being sequenced requires some steps. We’re going to assume that we are using 10X Genomics technologies, which is currently the most popular single-cell platform, but note that this varies depending on technology. For a sample 10X Genomics process, the steps would include:

For more information on each of these individual steps, this article gives a good rundown. For now, we are going to focus on what happens after sequencing.

Now that we’ve explain what is single-cell sequencing, the applications it can have, and the steps it takes to go from tissue -> cells -> data, we can now go over how to conduct single-cell sequencing analysis. For 10X Genomics, they have their own commercial software called Cell Ranger. Cell Ranger takes the raw sequencing data, and produces a quality control file, and a file with all of the cells and their gene expression data. For the quality control file, it’ll look something like this:

The barcode rank plot shows the distribution of counts and which cells are associated with barcodes. What we want to see is a steep drop from the cells (colored in blue) to the background (colored in light grey.) The image above shows exactly that which tells us that there is good separation between the cells and the background information.

Besides the quality control, we mentioned that Cell Ranger also outputs a file containing the cells and their expression levels. Below is a gross simplification of what this file looks like, but gives a good idea of what to expect.

We can compare this to what a bulk RNA-Seq counts matrix would look like:

We hope this gives you a better idea of what single-cell sequencing is and some of the applications it has. In part two, we’ll go over the tertiary side of things starting from the aforementioned counts matrix all the way to analyzed results. 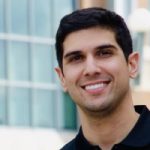